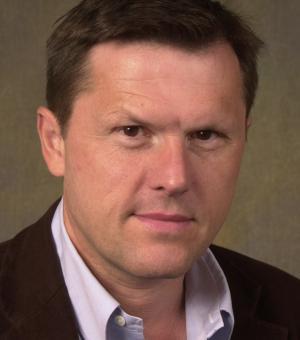 Professor of the History of Science
Linacre College
robert.iliffe@linacre.ox.ac.uk

Rob Iliffe is Professor of History of Science at Oxford, Co-Director of the Oxford Centre for the History of Science, Medicine and Technology, and a General Editor of the Newton Project.  He is the author of A Very Short Introduction to Newton (OUP 2007) and Priest of Nature: the Religious Worlds of Isaac Newton, (OUP 2017), and co-editor of The Cambridge Companion to Isaac Newton, 2nd ed. (CUP, 2016).  He was editor of History of Science from 2001-8 and is currently co-editor of Annals of Science. He has published widely on topics in the history of early modern and Enlightenment science, and particularly on historical interactions between science and religion, scientific voyages of discovery, the life and work of Isaac Newton, the development of ideas about scientific genius and scientific creativity, and the role of scientific instruments in scientific innovation.

Topics being studied by Professor Iliffe's current DPhil students include the circulation of utopian ideas within Europe from 1500-1700; Samuel Hartlib and English colonialism; the chronological research of Isaac Newton; the scientific and religious thought of Kang Youwei; the geological and ceramic projects of Alexandre Brongniart; the development of Virtual Reality technology in the United States 1965-2005.

My research interests lie within the following headings:

Newton's unusual — or even downright heretical — religious opinions were well known to a number of his contemporaries. For over two centuries the exact nature of his religious beliefs was a matter of intense debate, but by the middle of the nineteenth century it was public knowledge that he had held highly unorthodox conceptions of the Trinity. Until the early 1970s, very few of Newton's private theological researches had been made publicly available, and scholars did not determine his views with any precision.

Inaugural Lecture: Science Fictions: The triumph of the imagination and the invention of scientific creativity

Inaugural Lecture: Science Fictions: The triumph of the imagination and the invention of scientific creativity

In this lecture Prof Iliffe will describe the various attacks on the imagination launched by natural philosophers in the seventeenth century, and account for the dramatic change in its reputation that occurred in the middle of the eighteenth century, when a powerful imagination became the defining characteristic of the recently-invented scientific genius.

Tom Holland is joined by Rob Iliffe, Professor of the History of Science at the University of Oxford and Dr David Haycock the author of ‘William Stukeley: Science, Religion, and Archaeology in Eighteenth-century England.