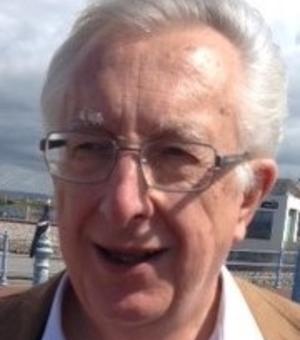 Educated at Bradford Grammar School and St John's College Oxford, I was a Junior Research Fellow of Balliol College 1966-9 and Lecturer in History at York University 1969-73. From 1973 to 1996 I was Fellow and Tutor in Modern History at Exeter College, Oxford, and then Principal of Linacre College Oxford until I retired in 2010. I was titular Professor of Early Modern Social History from 1999, Pro-Vice-Chancellor of Oxford University with responsibility for libraries and museums 2000-5, and a Delegate of Oxford University Press 2000-2013. I was one of the editors of the journal Past and Present 1985-94. 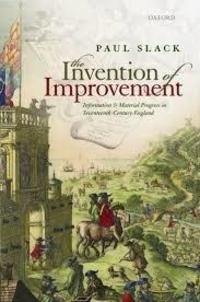 The Invention of Improvement: Information and Material Progress in Seventeenth-Century England
Winner of the Samuel Pepys Award 2015

Improvement was a new concept in seventeenth-century England; only then did it become usual for people to think that the most effective way to change things for the better was not a revolution or a return to the past, but the persistent application of human ingenuity to the challenge of increasing the country's wealth and general wellbeing. Improvements in agriculture and industry, commerce and social welfare, would bring infinite prosperity and happiness. The word improvement was itself a recent coinage. It was useful as a slogan summarising all these goals, and since it had no equivalent in other languages, it gave the English a distinctive culture of improvement that they took with them to Ireland and Scotland, and to their possessions overseas. It made them different from everyone else.

The Invention of Improvement explains how this culture of improvement came about. Paul Slack explores the political and economic circumstances which allowed notions of improvement to take root, and the changes in habits of mind which improvement accelerated. It encouraged innovation, industriousness, and the acquisition of consumer goods which delivered comfort and pleasure. There was a new appreciation of material progress as a process that could be measured, and its impact was publicised by the circulation of information about it. It had made the country richer and many of its citizens more prosperous, if not always happier. Drawing on a rich variety of contemporary literature, The Invention of Improvement situates improvement at the centre of momentous changes in how people thought and behaved, how they conceived of their environment and their collective prospects, and how they cooperated in order to change them.

"The Invention of Improvement combines sophisticated synthesis of recent scholarship with extensive research on the printed literature of the period. It deftly weaves together macro-analysis of England's changing fortunes with illuminating vignettes of the activities of particular visionaries and the texts that enshrined their ambitions." - Alexandra Walsham, The Times Literary Supplement

"This is a mature work of scholarship which describes and analyses the development of economic theory in the early modern period and its impact on economic and social policy in the time of Pepys. Thought provoking and readable, it raises fundamental issues of economic policy which are still relevant today." - Julian Amey, chair of the 2015 judging panel for the Samuel Pepys Award

My research interests lie in the social and economic history of England from the 16th to the early 18th centuries. I have worked on the history of disease, especially plague, and on urban history and social policy in that period and looked at them in a more broadly comparative context. Most recently I have been working on the early evolution of English political economy, its relationship to broader notions of social and intellectual improvement, and how its emergence reflected - or did not reflect - changes in standards of living.