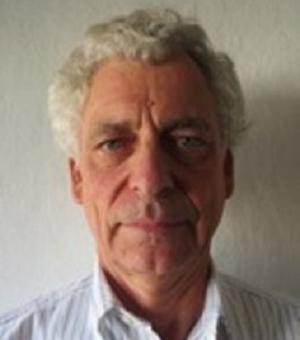 Emeritus Fellow in History, Brasenose College
Faculty of History | Oxford Centre for the History of Science, Medicine, and Technology
+44 (0)1865 274603
martin.ingram@history.ox.ac.uk

Apart from work early in my career on the history of climate, my research interests have centred on the intersections of religion, law, custom and morality – mostly in England between the late fifteenth and early eighteenth centuries, but with an eye to other parts of Europe too and even the wider world. I have published extensively on crime and the law, civility, sex and marriage, gender relations, female criminality (especially infanticide and scolding), slander litigation, charivaris and similar folk customs, and popular religious beliefs and observances. Recently I have begun to explore systematically issues around shame and guilt. Much of this work has been based in legal records, but recently I have made increasing use of literary sources.

My most important focus has been on the regulation of sexual behaviour by legal means through courts of law. My first major contribution on this theme was Church Courts, Sex and Marriage in England, 1570–1640 (Cambridge: Cambridge University Press, 1987). What is in many ways a companion volume appeared as Carnal Knowledge: Regulating Sex in England, 1470–1600 (Cambridge: Cambridge University Press, 2017). Whereas the earlier volume concentrates mainly on the ecclesiastical courts, Carnal Knowledge includes also much material from secular courts, principally King’s Bench and borough and city courts in London, Westminster, and English provincial towns. At present I am working on a sequel dealing with sexual regulation in the London of Shakespeare and his immediate successors (to cover roughly the period 1590–1640). This likewise is based on the records of a wide range of courts, both ecclesiastical and secular, with the addition of further material from allusions in literary sources (particularly drama).

Currently I am also working on ‘Pushing Back the Boundaries of Male Violence in Marriage: England, 1400–1600’, as part of a wider project entitled ‘Beyond the Exercise of a Public Office: Political Recognition according to Disciplined Dissent in Later Medieval Europe’, led by Dr Fabrizio Titone (Universidad del País Vasco) and supported by a Spanish government grant (research project HAR2017-85639-P). 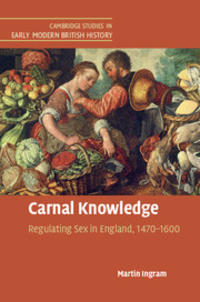 How was the law used to control sex in Tudor England? What were the differences between secular and religious practice? This major study reveals that - contrary to what historians have often supposed - in pre-Reformation England both ecclesiastical and secular (especially urban) courts were already highly active in regulating sex. They not only enforced clerical celibacy and sought to combat prostitution but also restrained the pre- and extramarital sexual activities of laypeople more generally. Initially destabilising, the religious and institutional changes of 1530–60 eventually led to important new developments that tightened the regime further. There were striking innovations in the use of shaming punishments in provincial towns and experiments in the practice of public penance in the church courts, while Bridewell transformed the situation in London. Allowing the clergy to marry was a milestone of a different sort. Together these changes contributed to a marked shift in the moral climate by 1600.