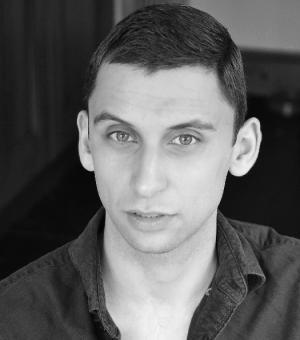 I am an intellectual, cultural and religious historian of early modern Europe, and of its encounter with the non-Western world. I completed my PhD at the University of Cambridge in 2010. I was then appointed a Research Fellow at Trinity College, Cambridge. Since October 2015, I have been a Research Fellow at All Souls College, Oxford. I have also held positions at the Folger Library in Washington D.C. (Visiting Fellow, 2013), the University of Edinburgh (Chancellor’s Fellow, 2013–14), and at the Centre for Research in Arts, Social Sciences and Humanities in Cambridge (2014–15).

In 2016 I received the inaugural Leszek Kołakowski Prize in Intellectual History, awarded by the Foundation for Polish Science to the world’s leading early career scholar in the subject.

I am a Fellow of the Royal Historical Society.

I have published extensively on philosophical, scientific, medical, religious, legal and political thought in early modern Europe. Although I have made several discoveries about individuals and institutions (including Isaac Newton, Edmond Halley, the Hebraist John Spencer, the early modern study of Persian religious history, and the Society of Apothecaries), I am above all interested in large-scale patterns of change from the sixteenth to the eighteenth centuries, patterns that transcend the influence of any individual or group. My first book, Ancient Wisdom in the Age of the New Science (Cambridge, 2015), demonstrates how almost all educated people in the seventeenth century engaged deeply with the history of ancient philosophy, in stark contrast to the still prevalent stereotype of the period as one that witnessed a move away from humanistic modes of thought. The arrival of new philosophical and scientific methods and ideas did not spell the end for humanistic scholarship. Rather, it spurred scholars, philosophers, and theologians to make some of the most ground-breaking claims about the history of ideas, whether concerning the history of Zoroastrianism, near eastern astronomy, Egyptian wisdom and its relationship to Jewish history, the history of matter theory, or the relationship between pagan philosophy and early Christianity. In turn, by understanding properly the contours of this continuing scholarly fascination with the world of ancient ideas, we are able to reach fundamentally new insights into the 'new philosophies' of the period, including those of Newton, Boyle, and a host of others.

My current monograph project, provisionally entitled An age of erudition, explores, largely on the basis of previously untapped manuscript sources, how from the late sixteenth to the mid-eighteenth centuries ideas about religion and theology were historicised at an institutional level, especially in the universities, and how that institutionalisation in turn led to wider cultural awareness of the historical dimension to Christianity and other religions. Archives both in Britain and in Europe contain a wealth of evidence demonstrating the interactions between philological-historical erudition and theological pedagogy, and revealing this wealth plays an important part in my project. But behind this lies a larger historiographical purpose: to develop a more convincing model of intellectual and religious change in early modern Europe than the prevalent one that emphasises the role of a sudden ‘early enlightenment’, beginning c. 1680 and led by theological liberals.

Fully updated details of my research and publications are available at my website, www.dmitrilevitin.com

Ancient Wisdom in the Age of the New Science (Cambridge, 2015) 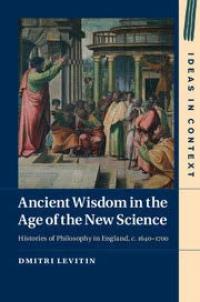 Seventeenth-century England has long been heralded as the birthplace of a so-called 'new' philosophy. Yet what contemporaries might have understood by 'old' philosophy has been little appreciated. In this book Dmitri Levitin examines English attitudes to ancient philosophy in unprecedented depth, demonstrating the centrality of engagement with the history of philosophy to almost all educated persons, whether scholars, clerics, or philosophers themselves, and aligning English intellectual culture closely to that of continental Europe. Drawing on a vast array of sources, Levitin challenges the assumption that interest in ancient ideas was limited to out-of-date 'ancients' or was in some sense 'pre-enlightened'; indeed, much of the intellectual justification for the new philosophy came from re-writing its history. At the same time, the deep investment of English scholars in pioneering forms of late humanist erudition led them to develop some of the most innovative narratives of ancient philosophy in early modern Europe.