The case of Francesco Patrizi 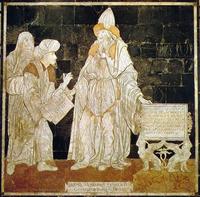 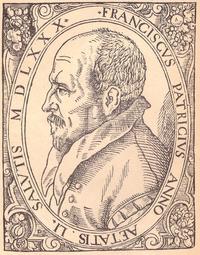 The publication of Frances Yates’ classical book Giordano Bruno and the Hermetic Tradition in 1964 had opened a heated discussion about the relation between emerging Modern science and Renaissance magical and Hermetic worldview.

Although Francesco Patrizi (1529–1597) is one of the most important Platonic philosophers of the Italian Renaissance, his extensive and many-facetted output had so far attracted perhaps less attention than it deserves. One important point where study of his work can be illuminating is the reception of the ancient Hermetic texts in his monumental treatise Nova de universis philosophia (1591). In this work, he situates Hermetic writings within the tradition of ‘ancient wisdom’, whose most important sources he edits and translates. Still, apart from theological and metaphysical agenda, his opus magnum also addresses various subjects related to the rapidly transforming late sixteenth-century natural philosophy.

A close examination of Patrizi’s use of the ancient authorities and texts, including writings attributed to Hermes, can thus offer a fresh perspective on the intellectual environment in which philosophy and science of nature was searching for and developing a new form, a new identity.