Abstract: Ada, Countess of Lovelace (1815-1852) is famous for a paper published in 1843, which presented Charles Babbage’s unbuilt general-purpose computer, the Analytical Engine. A detailed description of the machine was accompanied by a table, displaying how it might compute the Bernoulli numbers, often called “the first computer programme”. Lovelace has been celebrated in a number of biographies which focus more on her famous father (the poet Lord Byron), her relationship with her mother, and her tragically short life, than her mathematical and scientific contribution.

Yet the archives include accounts of her early mathematical education, and a remarkable correspondence course undertaken with Augustus De Morgan when she was in her mid-20s, in which she studies advanced mathematics, and discusses research frontiers of the day, such as quaternions and divergent series. They allow us to reassess the knowledge that enabled Lovelace to write so articulately about Babbage’s engines, and to undo the misapprehensions of biographers who have variously dismissed her mathematics as “hieroglyphics”, or misunderstood the context of mathematics or of women’s education. It also raises broader questions about the misremembering and misreporting of the achievements of female scientists.

Bio: Professor Ursula Martin CBE FREng FRSE is a member of the Mathematical Institute in the University of Oxford, where she works on a variety of projects at the intersection of mathematics and computer science. She has written two papers on Ada Lovelace’s mathematics, and a book is also forthcoming, arising from her work with the Bodleian and the Clay Mathematics Institute  in celebration of Lovelace’s 200th anniversary.

Coffee will be available from 15:30 in the Joan Thirsk Common Room 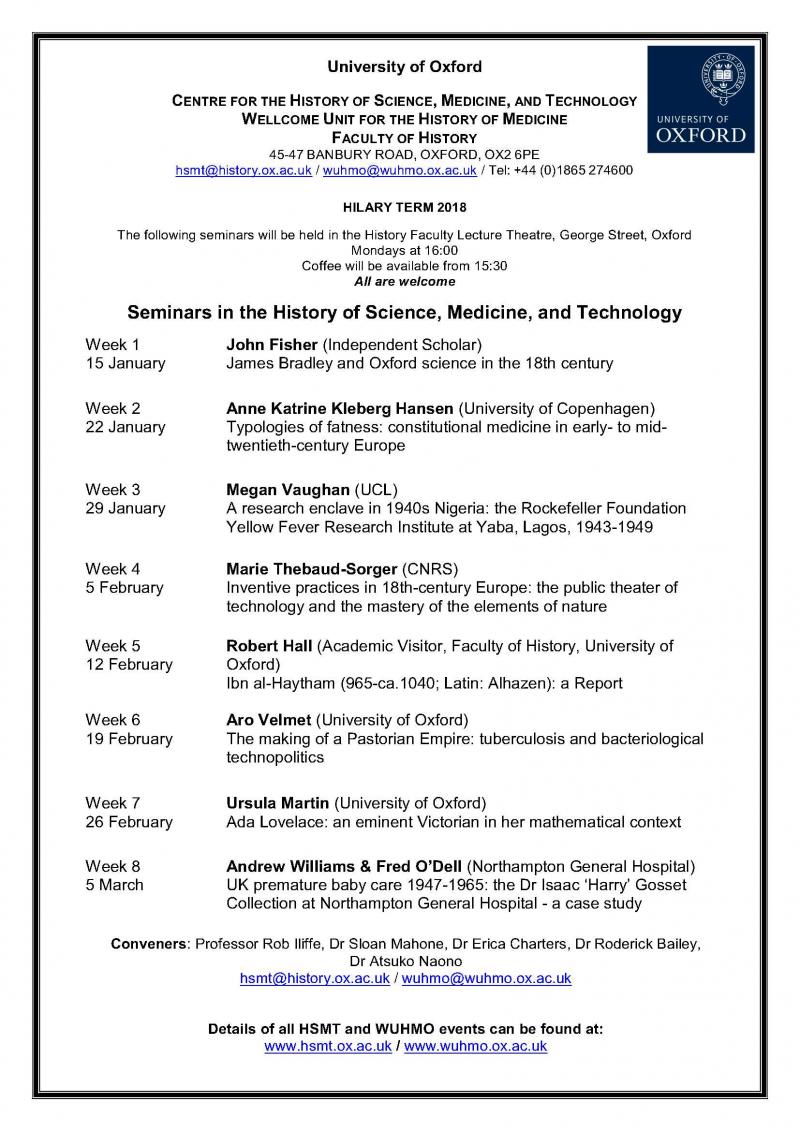