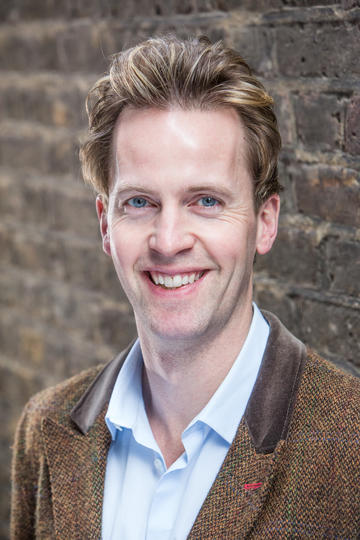 When I came up to Oxford in the autumn of 2005, I had been working outside of an academic setting for five years and felt very rusty intellectually. I arrived as an international student, having secured relatively last-minute Wellcome Trust funding to study for a year-long MSc in the History of Science, Medicine, and Technology, and with some sense that I would investigate historical issues of stigma in newspaper reporting on AIDS. Before the end of my first week as a student, however, I felt certain that one year would not offer nearly enough time to make the most of such an incredible place. And within eight weeks, I had managed to sketch the main outlines of a project that would allow me to extend my stay by four years.

I’d visited Oxford before, so I was already familiar with the town’s scenic beauty. It was a completely new experience, though, to become a resident and to make sense of the complex collegiate university from within as a student. Compared to the postgraduate landscape described by Charles Webster and Margaret Pelling in their 2017 entries for this website, I clearly benefited from a far more organised student experience—with appointed supervisors, and clear expectations of degree milestones, timelines, and requirements. Nevertheless, the still-thriving ethos of encouraging independent student thinking, as well as the byzantine structure of the University, both still impressed themselves on me. Particularly as I developed my plans for a doctorate, I came to appreciate—most of the time—the independence to ask then pursue my own research questions and build a supervision team to support this journey. At the same time, I occasionally felt unsettled by such freedom. I had the sense that, if students weren’t careful, they might go missing between seminars and supervisions—perhaps by venturing into the remarkable patchwork of libraries of various sizes and affiliations, never to be seen again.

Expecting as I had a mostly bookworm-ish culture, I was surprised to discover at Oxford a remarkably vibrant student community, with seemingly endless opportunities for politics, intramural sport, and cultural pursuits, fostered by a collegiate system comprising over thirty colleges and permanent private halls. My new home, Green—and later, following a merger, Green Templeton—College, was located to the north of Oxford on Woodstock Road, just around the corner from the Wellcome Unit for the History of Medicine. Unlike many other colleges, which tended to direct their catering efforts towards evening meals, Green emphasised lunches, a legacy, no doubt, of the fact that many of its fellows were medical consultants, able to slip away for a mid-day meal while the Radcliffe Infirmary was still operating as a hospital immediately south of the college. I loved these lunches—delicious and affordable meals served in the College’s beautiful eighteenth-century Radcliffe Observatory—which drew hungry guests from across the University and always fostered dynamic interdisciplinary conversations.

Within the relative sprawl of the Modern History Faculty, I found the Wellcome Unit to be a more manageably sized and friendly community in a warm physical space. Two tall and slim semi-detached Victorian residences on leafy Banbury Road, separated by a drive and a low brick wall, had been converted to the needs of a research institute. Inside, up and down a jumble of narrow stairways, scholars and offices were tucked in everywhere, above basement study quarters and a small but surprisingly well-stocked library. Outside, two interconnected and rather uninhibited back gardens lay dormant for most of the year, then sprang to life for a merry annual summer barbecue.

In addition to Mark Harrison, the Unit’s director who also convened the master’s programme, and a handful of postdoctoral researchers, I remember being conscious of a predominance of highly intelligent and articulate women making up the Unit’s academic and administrative staff. Perhaps this demographic feature stood out more sharply as it was in contrast to the four male students that made up my small cohort on the master’s course. I also recall that the Unit’s history of medicine seminars on Mondays were reliably thought-provoking and well-attended, though the early afternoon start time always presented me with an inward (and sometimes externally visible) struggle to stay awake following the large Green lunch that invariably preceded it.

During this first year, and the four that followed, I remember being perpetually short of time, constantly changing clothes (from rowing kit to casual clothes, gym gear to formal dress), eating well—perhaps too well, as my growing mid-section could attest—and living an incredibly fulfilling life of body and mind. An e-mail I wrote in my first few weeks at Oxford describes how I felt “boggled by the wealth of opportunity presented by this place”—a feeling which lasted for the duration of my studies there.

I also remember being taken aback by the calibre of people giving lectures—whether University staff members or visiting dignitaries—and by the sheer breadth of topics and number of lectures that I could attend as a University member. A presentation given by Harold Jaffe, the recently appointed head of the University’s Department of Public Health, during my first few weeks at Oxford made a very powerful impression. Jaffe spoke about his experiences as a physician member of a task force at the U.S. Centers for Disease Control, charged in 1981 with investigating the early cases of a condition that would eventually become known as AIDS. He juxtaposed his own recollections with clips from the TV miniseries based on Randy Shilts’s And the Band Played On (1987), a book I’d read closely. Jaffe also circulated an original version of a questionnaire he and other task force investigators had used in the early 1980s to interview gay men who were puzzlingly sick. I wrote home to friends and family the next day describing the sense of curiosity and excitement I felt, imagining a conversation between investigator and patient decades earlier:

Reading the yellowed sheets, with additional instructions to the interviewer—such as ‘Now ask the subject if there is anything else they would like to add. Record verbatim.’—made me realize yet again the power of working with primary documents, and how they offer the ability to cut through time to provide an approximation of what it might feel like to be a patient or an interviewer in that room almost 25 years ago.

My continuing thoughts about this talk, the history of HIV/AIDS as related in Shilts’s book, and my course reading about early-twentieth-century bacteriology all commingled in the days that followed. The project I conceived in the subsequent weeks, with valuable assistance from Jaffe and from the Wellcome Unit community, went on to consume my time and energy during the rest of my Oxford residency (and many years thereafter). It formed the heart of my recently published first book, Patient Zero and the Making of the AIDS Epidemic (Chicago: University of Chicago Press, 2017). I can see now that in many ways this research was a product of my pre-existing interests and passions catching fire and finding fuel in this most stimulating and nurturing of intellectual environments.