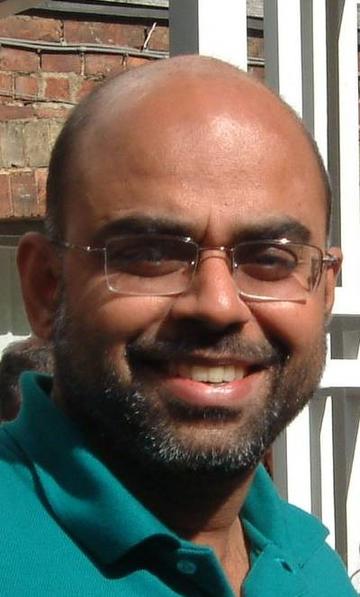 I still remember that day very clearly. It was 28 October 2002, a chilly Monday morning, when I walked up the stairs of 45 Banbury Road, the home of the Wellcome Unit of History of Medicine at Oxford. I was there to take up my four-year postdoctoral position. I had not met anyone at the Unit before. In fact, I had never been to the UK. My job interview was a 45 minutes phone conversation between Oxford and Delhi. I had left India, my beloved Delhi feeling quite dejected. I was a bit sad and anxious at the same time.

A smiling Belinda (Clark) received me at the door and showed me my new office.  I subsequently met Carol Brady, who too was very warm and generous in her welcome (she had even found me an accommodation in Woodstock road, 2 minutes’ walk from my office) and I became part of the Unit.

I soon met Mark Harrison, the director of the Unit, whom I had only spoken to before over the phone during our long-distance interview. Mark was an essential part of me feeling valued both as a person and as an intellectual at the Unit. It was a pleasure to work with him on his project ‘British Medicine in the Tropics’. Since that time, Mark has become my guide, confidante and friend. At the WUHMO I felt welcomed and most importantly, appreciated. It simply became my home away from home. I have always felt I belonged there.

I remember my first Christmas dinner of the Unit in a beautiful pub just outside Oxford. We took taxis to get there, and after a lovely meal and lots of wine, walked back (some quite reluctantly!) through the moonlit countryside. Mark was our guide.

Personally, the Wellcome Unit at Oxford helped me to start the second stage of my academic career. I had done my PhD in India at the Jawaharlal Nehru University and despite having published widely; I had found it hard to get an academic job there. I had in fact been working in the corporate sector for digital education in the meantime. The postdoc at the Unit, more importantly, the intellectual atmosphere that it offered, helped me to regain my academic ground and develop new projects. I was also relatively new to the history of medicine at that time; my PhD and my first book (Western Science in Modern India) was on the history of science. The weekly research seminars, reading groups, and the general discussions with colleagues at the Unit which often carried over to our local pub, The Royal Oak, were fantastic opportunities for me to get the necessary grounding in the history of medicine.

I was fortunate that during my stay there (2002-2006), there was a strong group of postdocs some of whom had come from other parts of the world like me. Marianne Fedunkiw, Jo Robertson, Krista Maglen, and Helen Sweet and others created the exciting intellectual atmosphere and camaraderie from which I benefitted enormously. I read widely, debated with friends, participated in the research seminars, and travelled to London to do research at the British Library and the Wellcome Library. The research project with Mark helped me to expand my research beyond South Asia, to the West Indies. The Wellcome trust grant even allowed me to travel to Jamaica and conduct archival research there, which was an invaluable intellectual experience in my life. The Unit helped me to write my second monograph and start the research for the third one.

To me, the core value and strength of the WUHMO are this; it is a warm, friendly as well as intellectually stimulating space for graduate students, postdocs, and senior scholars to thrive and prosper.