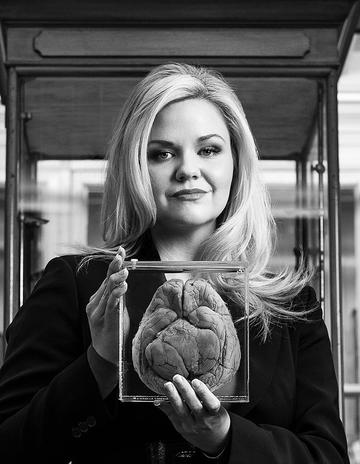 When people discover that I’m a medical historian, they often falter as they try to process this information. Most of the time, the response is: ‘That’s a real job?’ It’s an innocent reaction, not intended to be insulting, and is usually followed by a barrage of questions about what medical history entails, and how I came to study such a fascinating subject. At the end of these conversations, one thing is always clear: they want to know more.

I’m a native of Chicago, and I was first introduced to the subject by Professor Robert Fox while studying abroad at Oxford University in 2002. I returned a year later to pursue my Masters, and then my doctorate under the supervision of Dr Margaret Pelling, who continues to be a valued mentor in my life today.

What first struck me about the Wellcome Unit was the sense of community in the department. Everyone – from the very top to the very bottom – is dedicated to supporting each other. While Oxford University itself can feel overwhelmingly monumental at times, the Wellcome Unit never does. It is a safe, intimate space where students and tutors can come together to discuss their research. Here, you will find great minds, but not great egos.

In addition to being supportive, the Wellcome Unit also creates a challenging environment for its students. I never experienced a dull moment while I was there. Whether I was attending a lecture about medieval sleep disorders, chatting with a tutor about my latest paper, or enjoying drinks at the annual summer BBQ – the Wellcome Unit was always a hub of buzzing activity.

Eventually I moved to London to take up a postdoctoral research fellowship at UCL. During this time, it was largely because of my conversations with inquisitive strangers that I started a blog called The Chirurgeon’s Apprentice, which drew on my doctoral research. Originally intended as a way of reaching out to friends and family who were unclear about what it was I did as medical historian, the site quickly took on a life of its own, generating over two million hits and garnering hundreds of thousands of subscribers on social media.

As my platform grew, I began writing regularly for the The Guardian, The Lancet, The Huffington Post, and other media outlets. In 2015, I secured my first commercial book deal to write The Butchering Art, about Joseph Lister and the development of antisepsis. Since its release, the book has won the PEN/E.O. Wilson Award for Literary Science Writing in the USA, and has been shortlisted for both the Wellcome Book Prize and the Wolfson History Prize in the UK It has sold tens of thousands of copies worldwide, and is currently being translated into eighteen different languages.

And it all began right here at the Wellcome Unit at Oxford University.

Today, the questions I field no longer come exclusively from non-specialists confused about what I do as a medical historian. They also come from academics wanting to understand the value of this type of work. What is gained – and, more importantly, is anything lost – by writing for a non-specialist audience?

The question of popular versus academic history is a complex one that has plagued the profession for some time. More often than not, it’s viewed by many within academia as a matter of professional versus amateur, or analysis versus narrative. This debate is an important one; however, it’s not one that I can expect to resolve in such a short span of words. What I can do is speak from experience.

On a professional level, I’ve been able to carve out a new career for myself. Not everyone who earns a doctorate can secure an academic position at a university. But the skills that I acquired during my time at the Wellcome Unit have enabled me to become an effective science communicator – one who can add rich historical context to modern debates. I hope more historians find ways to communicate their research to a broader audience with the aim of raising the level of historic literacy amongst the general public.

On a personal level, I find it rewarding to write for an enthusiastic and inquisitive readership who may not otherwise have been inclined to learn about medical history.  On several occasions, I’ve received letters from people who tell me that my work has inspired them to return to university, or to seek out further information on a particular subject. For me, this is deeply rewarding. Perhaps most importantly, writing popular history has forced me to think about my own work from the perspective of a non-specialist.  This, in turn, has helped me grow as a writer, as a communicator, and as an historian.