Charles Webster, Founding Director of the Oxford Wellcome Unit for the History of Medicine 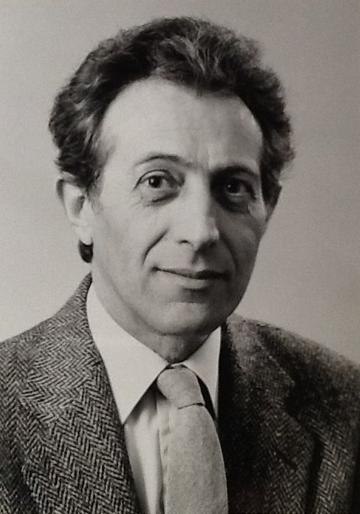 The Germination of the Oxford Wellcome Unit

The Wellcome Unit in Oxford was formally established in the summer of 1972. But the idea of such a unit had been under consideration for some years. The first step in this direction was in 1966, when a history of medicine unit was established at University College London. At that time, fresh to the Philosophy Department at Leeds University, I spotted the opportunity to build on the UCL initiative. We approached the Wellcome Trust for support, but our idea was rejected on the grounds that at that time the Trust’s thinking about expansion was limited to Oxford, Cambridge and Edinburgh. The first positive expression of this plan was the establishment of a research fellowship at Corpus Christi College Oxford, for which I applied and was appointed from October 1969.

For me the Oxford opportunity went extremely well. From the date of my arrival the university was in active discussion about the conversion of the research fellowship into a readership, with the addition of a small research unit, all to be funded entirely by the Trust for an unspecified number of years. I applied for the Wellcome Readership on 27 June 1972; on 12 July I was offered the post; I took up the appointment on 17 July and opted to remain at Corpus.

In the first place the unit was a minute establishment. Apart from myself, the only person on the academic front with any kind of security was Margaret Pelling, who was without doubt as central as the director to the work of the Unit. Although small in size, the Unit ranked as a largely autonomous department of the university. We were the first history of medicine unit to be primarily attached to a history faculty. But the involvement of the medical faculties was recognised by the equal representation of historians and medics on our management committee. This committee was fundamental to the survival and increasing success of the unit during its first decade. The two Medical Faculties were represented by John Potter, a neurologist, and Charles Michel, a physiologist. The Modern History Faculty was represented by Professor Hugh Trevor-Roper (later Lord Dacre) and Professor Margaret Gowing. We all owe this distinguished group an immense debt of gratitude.

Support from the Management committee was crucial from the moment of the unit’s inception, owing to the problem of our accommodation. Our first major decision was rejection of the accommodation on offer, which was the topmost floors in the Tower of Winds. On account of rejection of their plan, the university was inclined at first not to offer an alternative, but soon we were consigned to a wooden hut at the back of 9 Keble Road. With the transfer of Wolfson College into its new buildings, we moved into 47 Banbury Road in 1976, and we added a large part of 45 Banbury Road to our portfolio in 1983. The move to Banbury Road was important because it permitted the establishment of pleasant and modern facilities for all users. Even at the beginning our student numbers were significant. We recorded about twenty junior staff, fellows and graduate students during the first five years, not including the 15-20 uptake of undergraduates opting for the Seventeenth-Century Science Special Subject, with which I was deeply involved. Many of those associated with the unit, either as students or as members of staff went on to successful careers, including in medicine and health care professions. Although in some respects, the early years were a rocky start, the foundations were soundly laid for the stability and distinction that is now associated with the unit.